After riding in freezing rain all the morning, river crossing at Yukon Motel in Teslin allowed refueling both myself and my motorcycle. Here I met an interesting couple, husband and wife each riding their BMW GS motorcycle from Georgia, they too were a long way from home and had gone as far as the Arctic circle and Deadhorse. 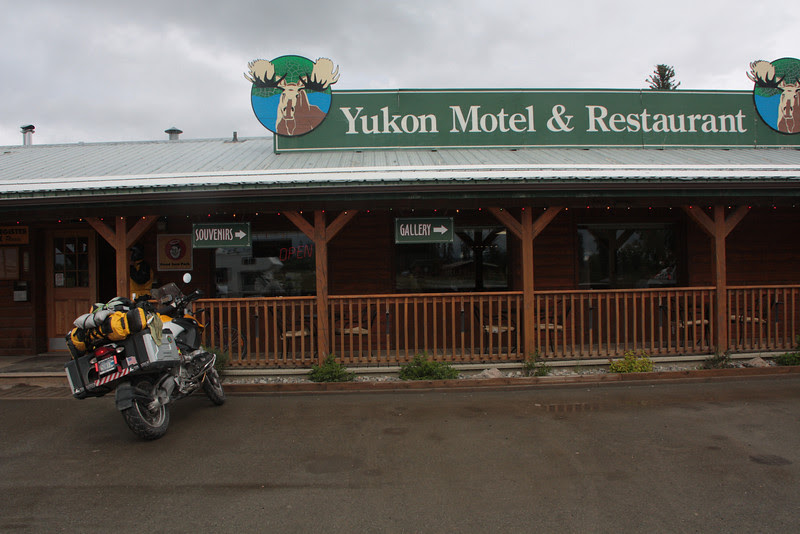 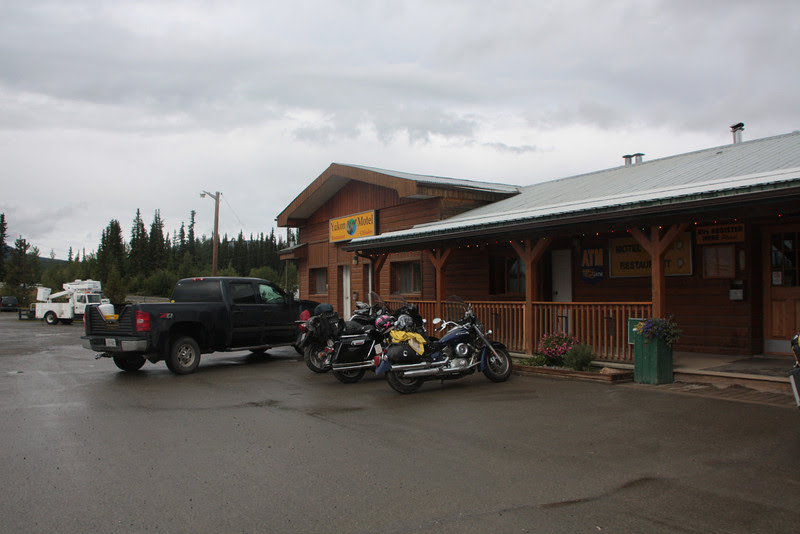 At Beaver Post where Alaska highway continues to Watson lake I took the turn onto Cassiar (route 37). This road is so remote and very little traveled that by comparison, the lonely Alcan seems a major populated highway. It is a narrower two lane surrounded by close forest and bush, does not have the wide open clear road sides of Alaska highway. For hundreds of miles, there are a lot more tighter twists and turns and sharp elevation changes instead of the previous lazy sweepers. As such, although enjoyable spirited riding can be had, the danger of animals or other surprises in the road was omnipresent in my mind and I resolved to keep the speed in check as I knew a crash here would have been a lot more difficult to recover from, without any vehicles passing by to ask (and hope for) assistance for many hours.

As you will see in these videos, there were no human beings encountered for long time along this road but the views more than make up for the lack of human civilization. The feeling of solitude and wilderness is overwhelming. 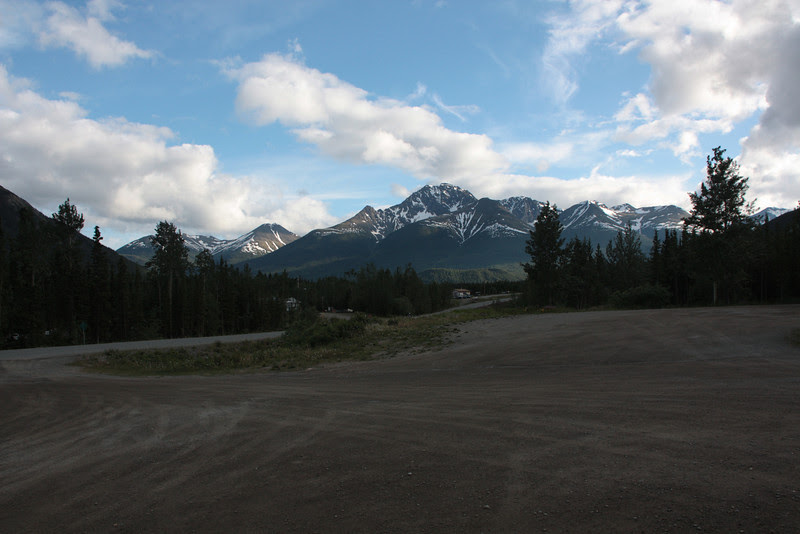 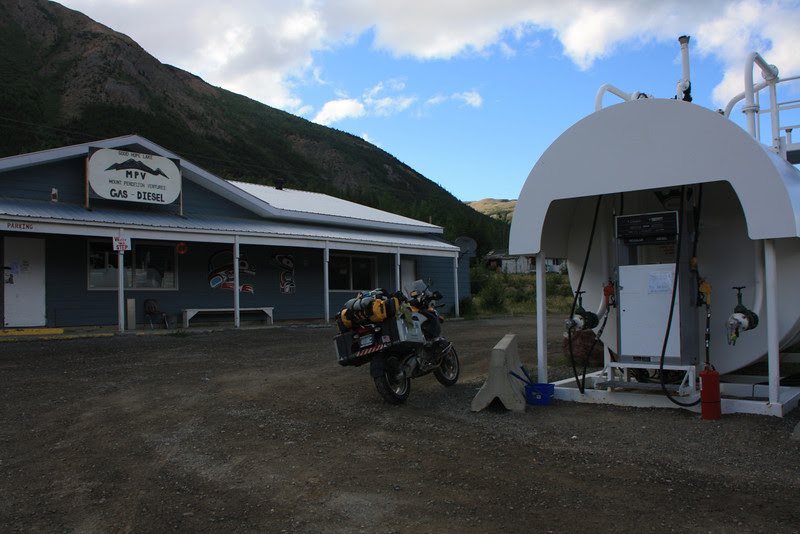 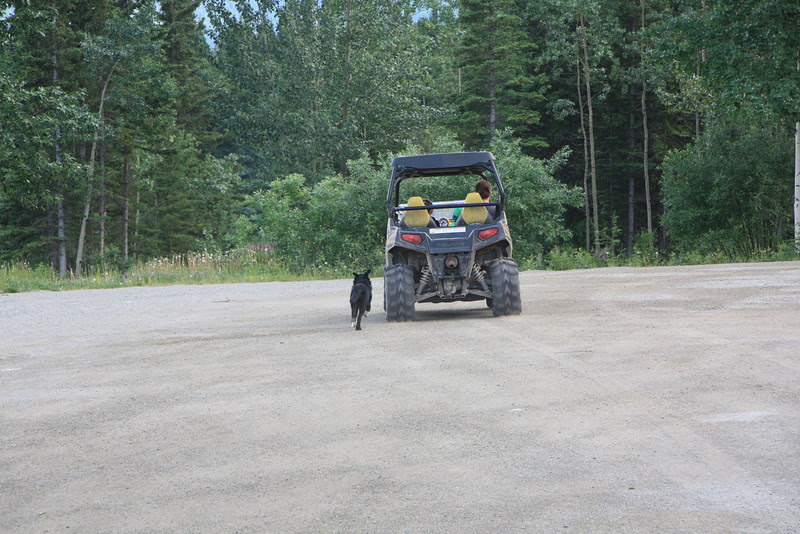 Here I came upon a black bear who was leisurely walking along the road and got startled by my presence, but am sure not as much as I was by its presence.

But the most odd event happened when I came to a place where I clearly thought saw a black creature in the road that upon my arrival climbed the road side ledge and sat there looking at me as I slowed down to catch it on camera. It appeared as a big black dog like animal who was staring at me with intense fiery eyes and I could not think of it being anything else but a black wolf. Yet I watched this video over and over and nothing shows up in the recording. I cannot explain this until today except as my mind may may have been playing tricks to me or something really was there that did not want to get in the movie.

I ended the day in Dease Lake grabbing one of the last rooms in the only lodge in town.

Before going to bed, I went to the bar and tried to get some food, where I met a very interesting character who was working his own diamond drilling equipment business being away from his home and family in Stewart BC, for many months in the wilderness. After many beers it was really difficult to tell him that I really had to be back in New York while he adamantly insisted I should go to his house and then to Hyder to show me the bears feeding on salmon. A very nice gentleman indeed, but I had to pass as I did with many other places I could not afford the time to visit in this trip.