Leaving Tok  and continuing down the part of Alaska highway which I have not seen during my North trip was the beautiful shore of Kluane lake. 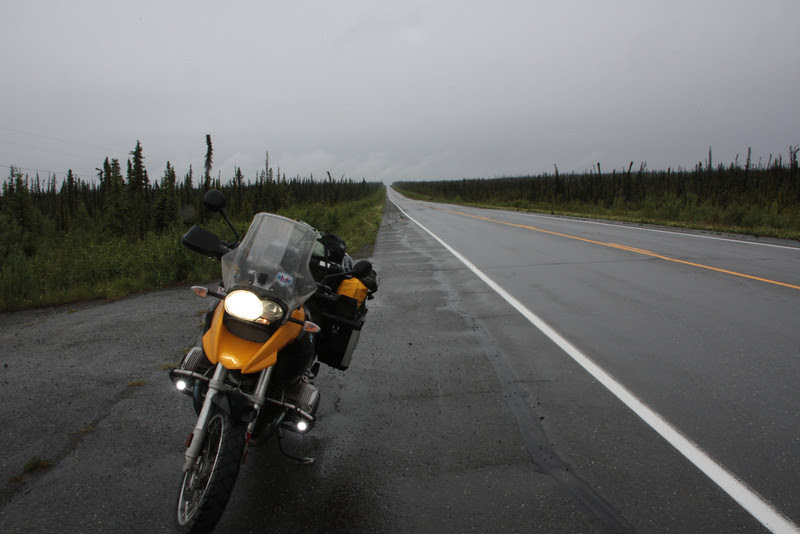 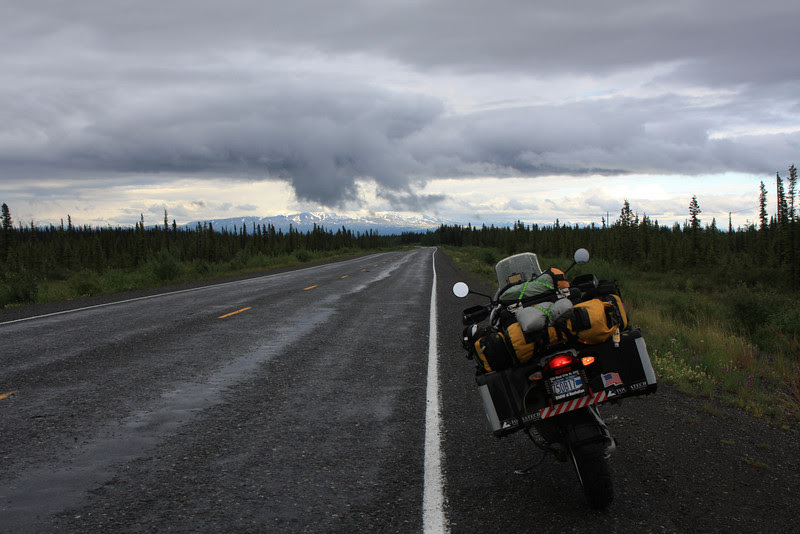 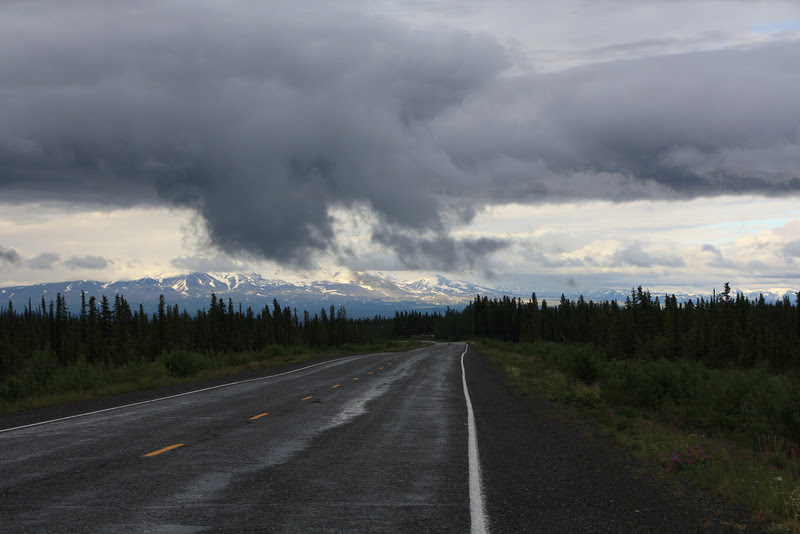 Eventually stopping for the night in Whitehorse in same campground I used on the leg up of the trip, I met none other than the two Texas riders  I was acquainted with earlier.

We all spent an evening of conversations and drinks around the campfire and went to sleep rather late.

An interesting observation was seeing same persons’ campsite exactly where it was over a week ago, as I saw it last, same, with no tent just a tarp held in place by boulders, covering his sleeping place. The girl administering the camp site told me he had to repeatedly repair his shelter since foxes kept coming into it and messing it up.

After speaking with few travelers, I had already decided to follow the Cassiar highway rather than go back same route I came up, even though I now was really short on time, I wanted to experience as much as I could in the remaining time.