Morning came and I saw my drinking buddy was long gone with his truck, probably already in Stewart BC. As I was loading the luggage on the bike, a black Labrador came out of nowhere and really messed with my departure timeline. It was carrying a small piece of a branch and kept poking me with it until I realized it really wanted to play!  I tossed his branch few times and he cheerfully kept retrieving it and bringing it back asking for more. Finally I told  him in Romanian “That’s a pitiful piece of wood, not even worth throwing” After several minutes the dog came back with the biggest piece of wood I ever saw a dog carrying. I could not believe my eyes, it was as if he actually understood what I had said,and am sure that was the first and maybe even last time that dog would ever hear that language, let alone understand the message. 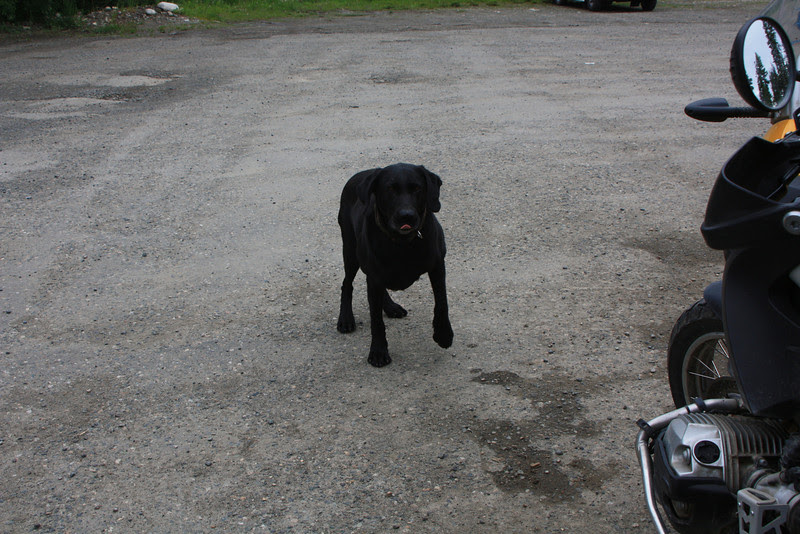 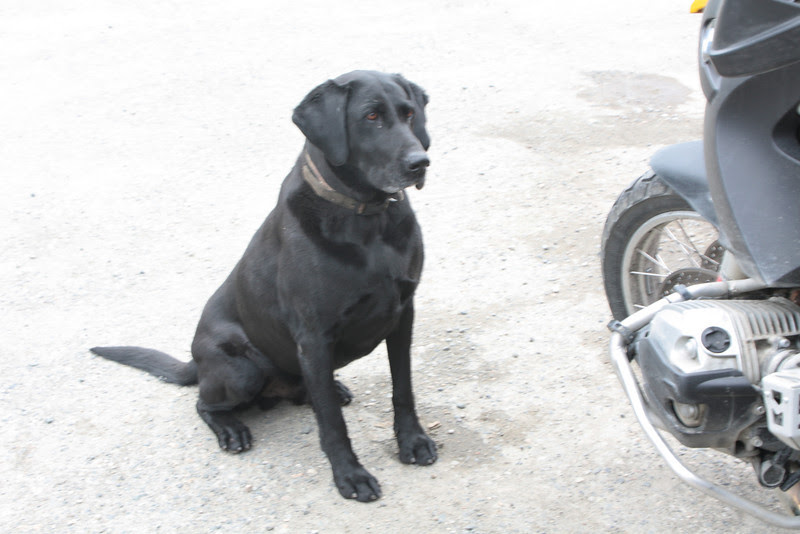 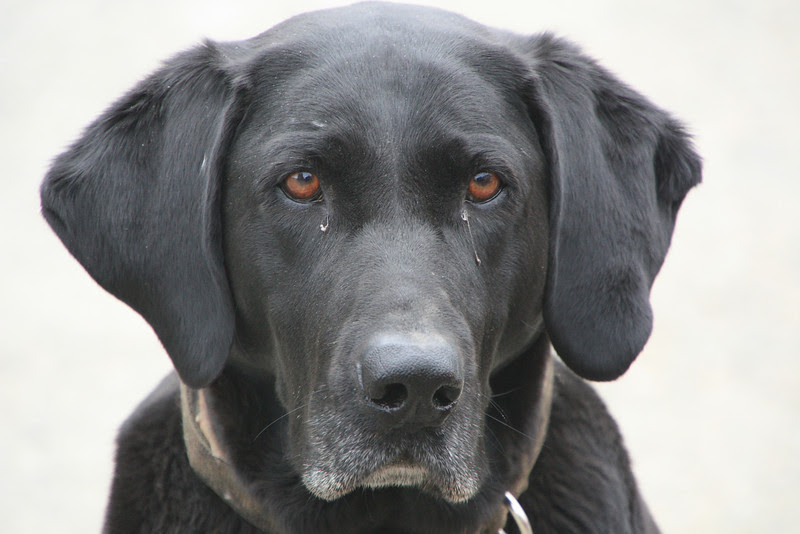 I suddenly felt that I really didn't’ want to leave the place and this dog, just as inexplicably as I had seen the elusive black wolf the night before. I will never know what would have happened if I actually went to Hyder following the person I spoke with last night, but all these events seemed somehow to have something in common. Maybe it was just my road weary mind dreaming, but I was certain of living a real fairy tale.

I made eventually a real effort and departed with heavy heart, to enjoy more forested scenery and solitude of the Cassiar. 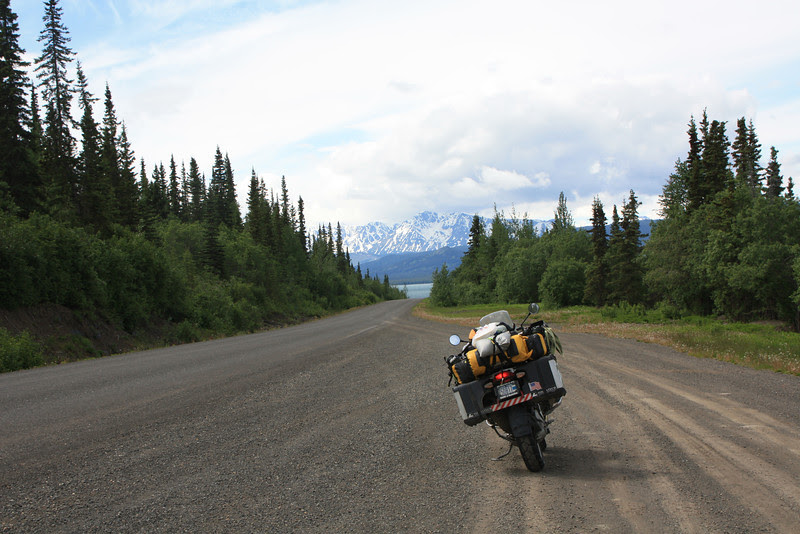 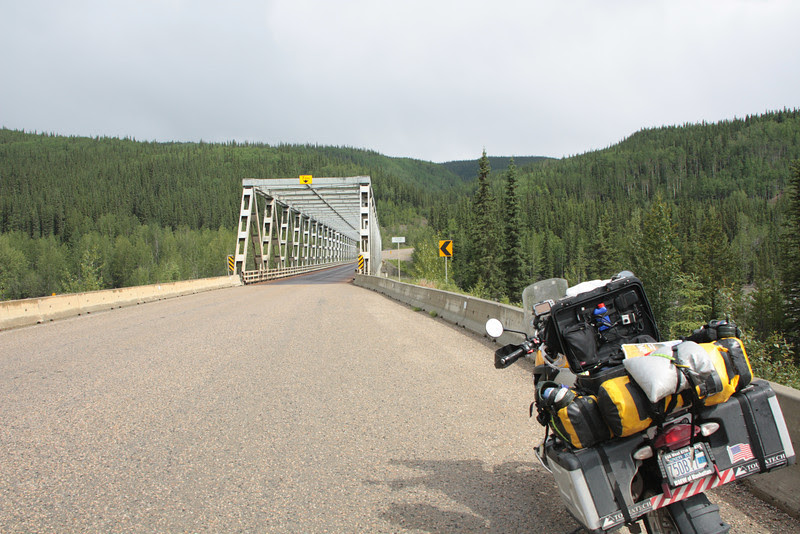 Here I am at a rest stop where I met a handful of travelers. The man with the green bike is from Florida. 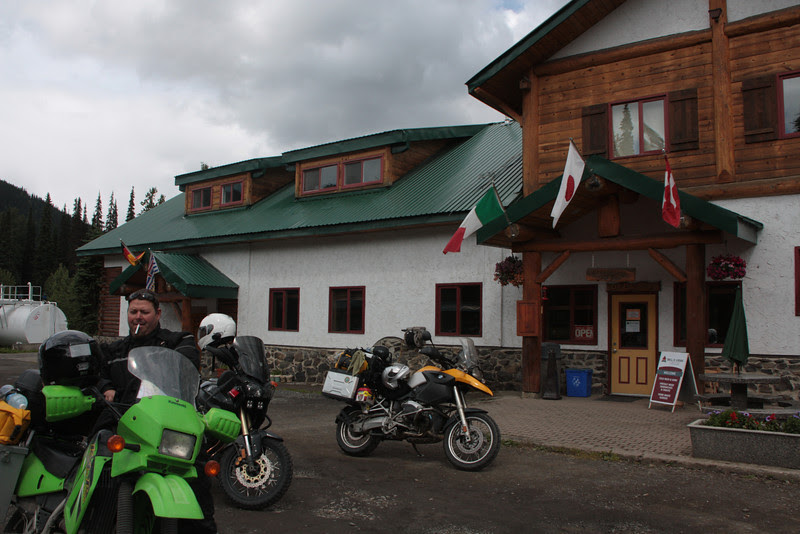 I really wanted to make it to Prince George, BC. But soon I realized that night fall was now an issue as I no longer was in the northern territories and by 10 PM was getting actually dark. 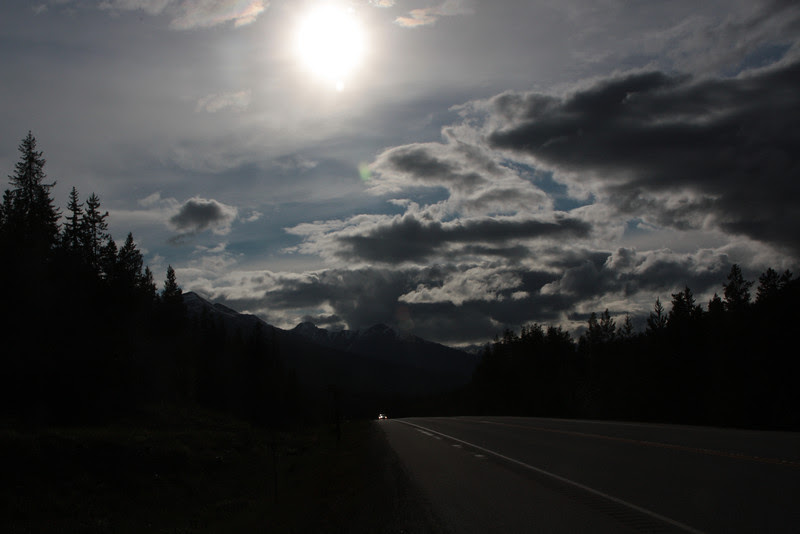 As I was riding behind a truck after dark, a large deer came out of the left side of the road and dropped dead after having collided with his left door, no way he could have avoided it. But I was allot more concerned what would happen to me in a similar encounter, so I pulled into the very next motel I found in Vanderhoof, tired and still shaken after seeing the accident happening right in front of my eyes.